WHAT TO DO IN LISBON

If we google about what to do in Lisbon, it immediately pops up dozens of websites and blogs with suggestions. The following list is our very personal selection of what we love to do in our city when we want to act and feel like tourists.

1 – Going to a viewpoint 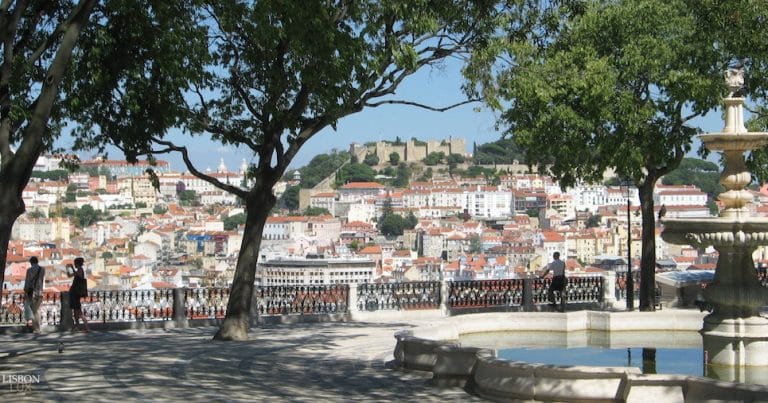 Lisbon is known as the city of the Seven Hills. They are São Jorge, São Roque, São Vicente, Santo André, Santa Catarina, Chagas and Sant'Ana. Nowadays, not many people know the names of the hills, but everyone loves the views offered by the many viewpoints in the city. The one pictured above is São Pedro de Alcântara, one of the most famous, located right next to Bairro Alto. But there are many more, equally incredible, such as Senhora do Monte or Santa Catarina. Whichever one you choose, just sit down and enjoy! We have an article just about the viewpoints that you can read. If this is the first time you are visiting Lisbon, we suggest you should start by going here, because the view from the top will give you an immediate global idea of the city and how it is divided. If you go at the sunset and take some drinks with you, the experience will be even better!

2 – Getting lost in the streets of Alfama 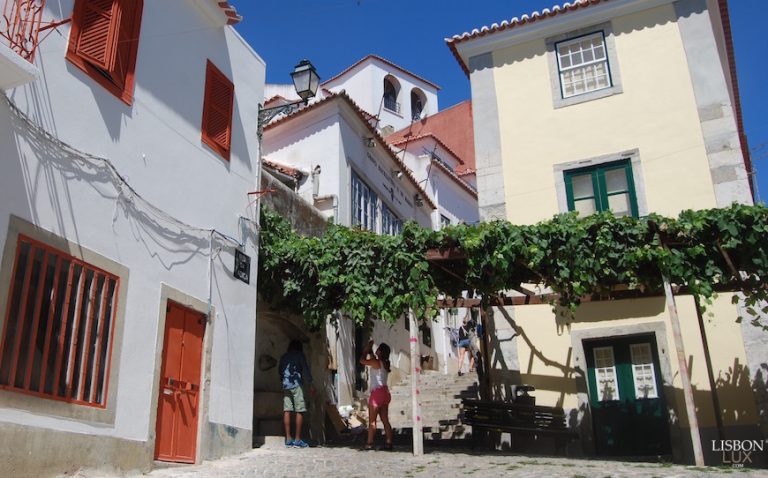 Alfama is the oldest neighborhood in Lisbon and one of the most typical, along with Mouraria. Fado was born here. If you want to get to know the Portuguese capital at its most genuine, you really must go on an adventure and lose yourself on foot through the narrow streets, alleys, stairs and slopes of Alfama. Paradoxically, entering this neighborhood is like leaving the city and entering a small village. Keep your senses wide awake, observe everything around you carefully, as Alfama holds many layers of history, still very present in the buildings, the fountains, or in the pieces of the old wall you find. Despite the touristification of the last few years, Alfama still maintains the structure and the atmosphere of the Moorish quarter that existed here during the Arab dominion between the 8th and 12th century. The name Alfama comes from the Arabic al-hamma, which means hot springs. Two tips not to be missed: look for the Escadinhas do Terreiro do Trigo and José Malhoa's painting of fado in rua de São Miguel. 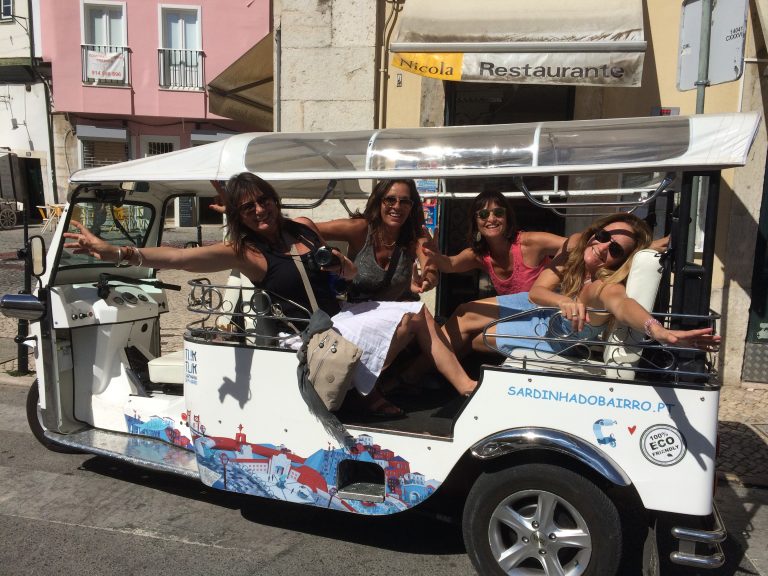 We will not deny that we are stakeholders in this activity. But, please, google it or ask anyone: taking a private tuk tuk tour has become, in recent years, a "must do" in Lisbon. Locals love to experience and feel like tourists in their own city; and outsiders have here an excellent way to get to know the city of the Seven Hills in a comfortable and fun way, in the company of a local guide, full of stories and suggestions to tell. And the tuk tuks, at least ours, are 100% electric. As with the visit to the viewpoints, this is the ideal activity to start your adventure in Lisbon, as it gives you a global perspective on the city, its history, and what you can do and visit next.

In recent years, taking a trip on the 28 tram has become synonymous with being squashed into a carriage or mugged by pickpockets, but for us it is still one of the must-do experiences in Lisbon, at least once in a lifetime, along with the tuk tuk ride, of course! The pandemic brought a new reality and reduced, and a lot, the affluence, at least for now; and besides, you can always choose a less crowded time. The tram is one of Lisbon's icons, the most traditional public transportation, and the 28 route crosses all the historical neighborhoods, from Martim Moniz to Campo de Ourique, including Mouraria, Graça, Alfama, Baixa Pombalina, Chiado, Bairro Alto, and Estrela. Now can you imagine the ups and downs of the city being done in horse-drawn carriages!? Poor animals. They were the predecessors in Lisbon of the old streetcars, which began operating in the Portuguese capital in 1901. 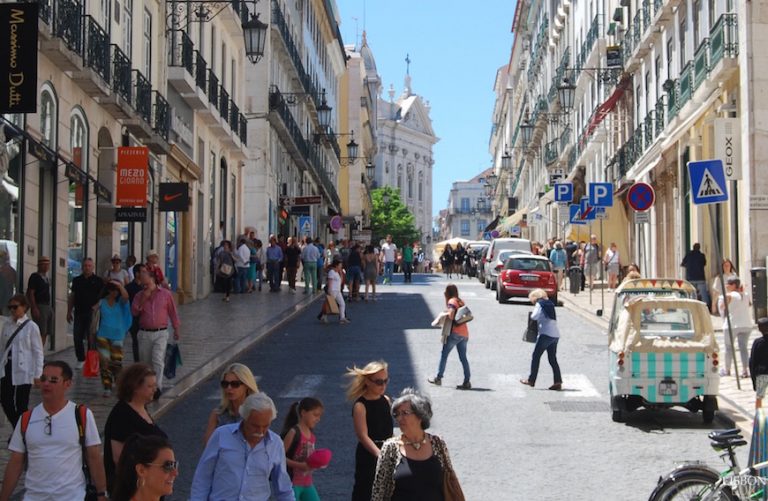 Rua Garrett is the center of Chiado, Lisbon's intellectual center since the 18th century. It is located between Largo do Chiado and Rua do Carmo and, although it is not a very big street, here the old, elegant and bourgeois Lisbon merges with modernity, being a meeting point for locals, tourists and foreign residents. Basically everybody comes here to shop or just to walk around. You can see the exquisite decoration of an old jewelry store, visit Bertrand, which is the oldest bookstore in the world according to Guinness World Records, or have a coffee next to the statue of the poet Fernando Pessoa in the famous A Brasileira. Sit on the steps of the Basilica of Nossa Senhora dos Mártires and watch the passers-by. If you're lucky, you might even see a show by one of the many street artists who stop here. 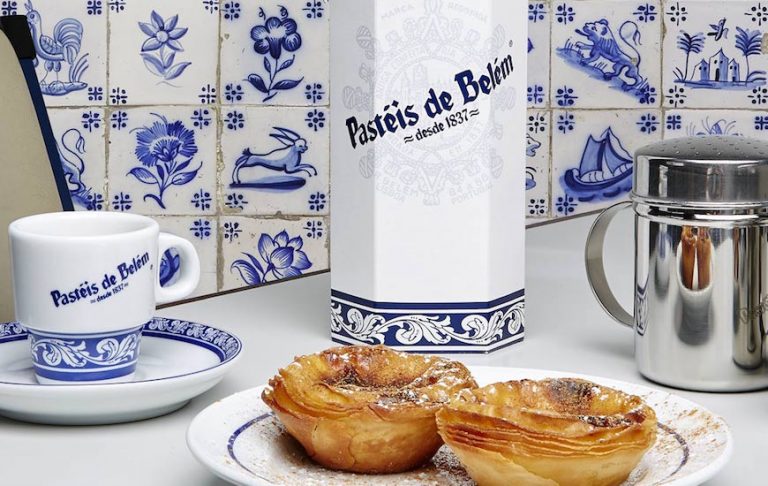 You can find this typical Lisbon cake in any pastry shop in the city, but they are all copies of the Pastel de Belém, which originated in the riverside neighborhood of the same name, a few kilometers from the city center. There is one particularity that escapes many people: because it is a registered trademark, all the others are called pastéis de nata (custard tarts). For us, it is an absolute must to go and taste the originals in the confectioner's shop that inherited the recipe from the monks of the Jerónimos Monastery, and which has been operating in Belém's main street since 1837. Its owners never wanted to expand the brand and that makes this a truly unique place in the world. Around the pastry shop there are so many places of interest that you will always have a good excuse to come back here and eat another delicious pastry with sugar and cinnamon on top, as tradition dictates. Attention: take a look inside the store at an old tile panel; on it you can see how the Belém area used to be before the 1775 earthquake. poderá perceber como era a zona de Belém antes do terramoto de 1775.

7 - Going out at night in Bairro Alto

So the pandemic allows it and you have to go out at night to Bairro Alto. Since the 1980s, it has been Lisbon's most popular nightlife area, with a wide range of bars, restaurants, fado houses and lots of young people of all nationalities drinking and socializing in the street. In the last decade, the pink street, in Cais do Sodré, took away some of its prominence, but nowadays both areas are equally famous when it comes to nightlife. Bairro Alto began to be built in the 16th century with its orthogonal, narrow, cobbled streets. During the 19th Century and until the third quarter of the 20th Century, the country's main newspapers and printing houses were located here. It was f frequented and inhabited by journalists, writers, artists and students, but also a place of sailors' taverns and places of bad reputation and prostitution. Today it is very different, but still has a life and atmosphere all its own.

8 - Going to Rossio for a ginjinha 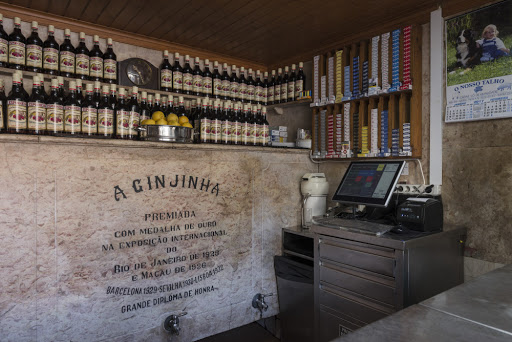 Your hands will be all sticky, but your face and heart will be very warm. Ginjinha is a liqueur made from the sour cherry. The drink is, however, quite sweet, and in recent years it has begun to be drunk in chocolate glasses. It's not the traditional way, but everywhere you can choose between the shotconventional glass or the chocolate one, which you eat at the end. There is also another option: with or without sour cherry at the bottom. Ginjinha is the most typical drink in Lisbon and we suggest you go and have one (or two or three) in Largo de São Domingos, next to Rossio. This is the oldest ginjinha house in Lisbon, A Ginjinha Espinheira, founded in 1840. Going for a ginjinha is a ritual, which in this case includes enjoying the surroundings and visiting the scenic interior of the Convento de São Domingos, the scene of several fires and a dramatic massacre of Jews, known as the Lisbon Massacre, in 1506. 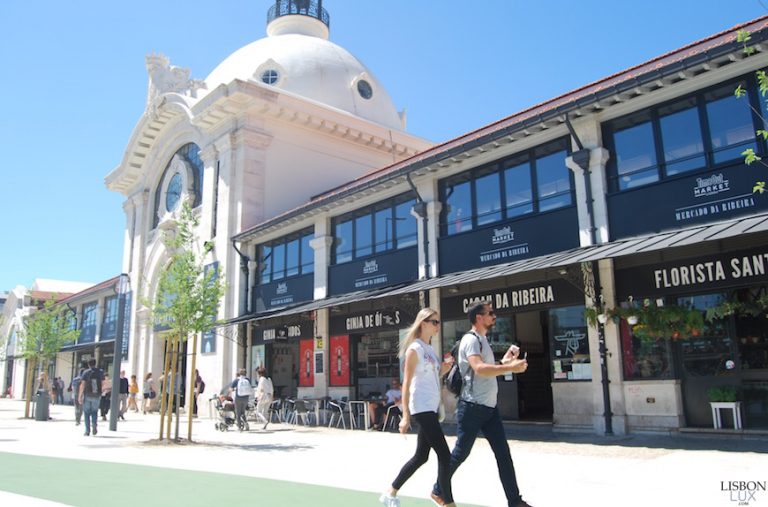 Time Out Market Lisboa is a large open restaurant space, located in Mercado da Ribeira, in Cais do Sodré. The concept is to bring together under one roof the best chefs, restaurants and gastronomic projects in the Portuguese capital. Although in recent years it has become very touristy, we still think it is a "must go" in Lisbon. Besides the cosmopolitan and relaxed atmosphere of the place, you can also enjoy the beautiful building from the late 19th century and visit the part that still functions as a fresh food market, with its traditional marble stalls where, every day, fish, meat, fruits and vegetables are sold. If you prefer something smaller, we suggest the Campo de Ourique or Arroios markets.

10 – Going to Cacilhas to have lunch 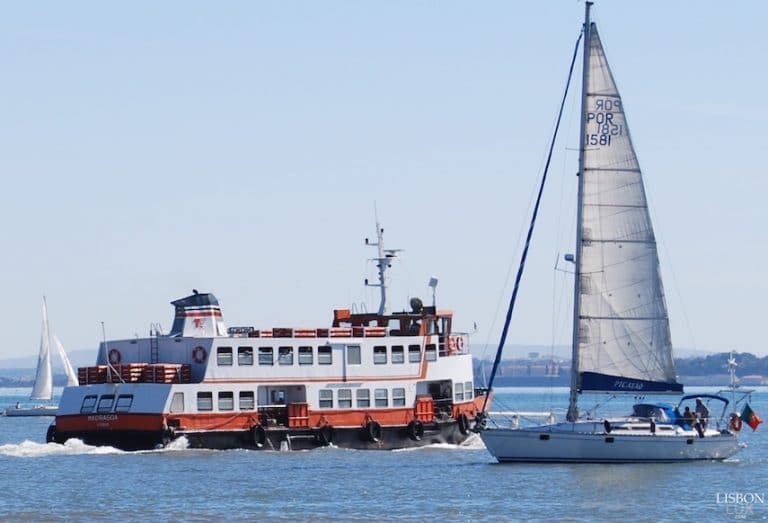 Were it not for the Tagus River, Lisbon would not exist with its immense history and cultural diversity. The river is an inseparable element of the city and there is no way to come to Lisbon and not enjoy a walk by the river. It is even better to cross it by boat, in a typical "cacilheiro". Right in front of the historical part of the city, you can see Cacilhas, a fishing village in the municipality of Almada, where you can find plenty of esplanades and typical Portuguese restaurants. So, go to Cais do Sodré and catch the boat to Cacilhas here. Enjoy the wind blowing in your face and the view of the city, and then sit back and relax over grilled fish or clams Bulhão Pato style.

Some photos from our gallery were kindly provided by: Lisbon Lux

Are you thinking of spending a few days in Lisbon?
Then see our tours packages.
Combine your transfer with any of our tours and save 20%

5th on the TripAdvisor ranking among 1320 excursions in Lisbon.

The best experiences at the best price.